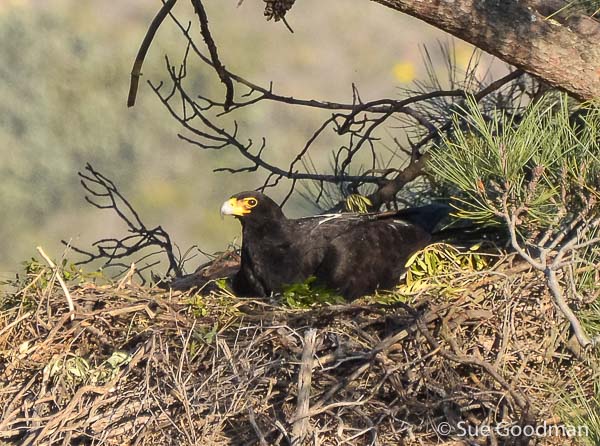 We were delighted to receive these pics of a nesting Black Eagle and one in flight taken by Sue Goodman here on the Paardeberg. It’s not easy to catch these high flying birds on camera, but we see them often wheeling above the farm. Our latest house `Black Eagle’ is named for them because it’s from there, under the mountain that they are most often seen. A sighting of them up in the thermals is always thrilling

A bit about them
Their proper name is the Verreaux's eagle and of course they are large African birds of prey. Their preferred habitat is hilly and mountainous terrain and they feed primarily on dassies (rock hyraxes) but also on small mammals, birds and reptiles. 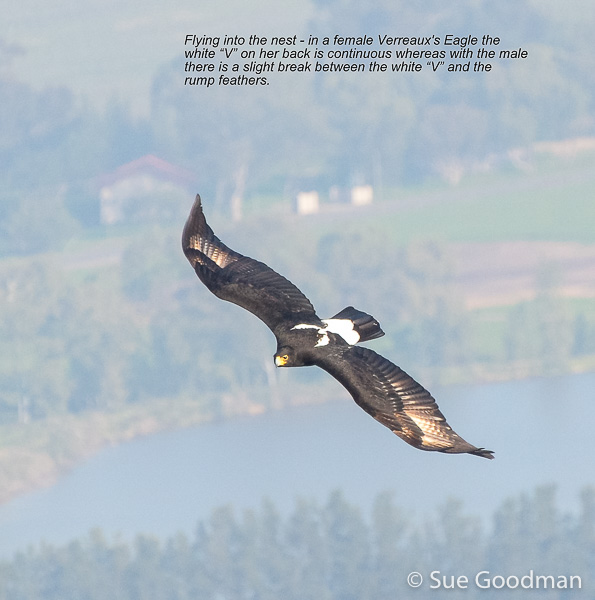 Recognising a Verreaux’s Eagle
When perched or at rest adult Verreaux’s Eagles are entirely black in appearance, except for a white ‘V’ above the wings on the back and yellow feet/talons and cere (waxy layer covering the base of the upper beak). In flight, the unfolded wings expose a white rump and whitish panels on the outer wings. The wings have a distinctive shape that is broad in the middle and tapering at the tips. Sexes are similar, but females are slightly larger than males. Juveniles have a yellow-brown plumage and the head and back of the neck have a distinctive reddish-brown colour. The face and throat are black. Juveniles achieve adult plumage in 4 years.

Getting around
Verreaux’s Eagles are often found in pairs, perched on a prominent lookout or soaring and gliding around hilly and mountainous terrain. The shape of their wings facilitates gliding up drafts created when wind strikes mountain cliffs and this allows the birds to stay airborne for long periods or travel great distances. Unlike other birds, they are able to fly into strong winds and still maintain aerial control. 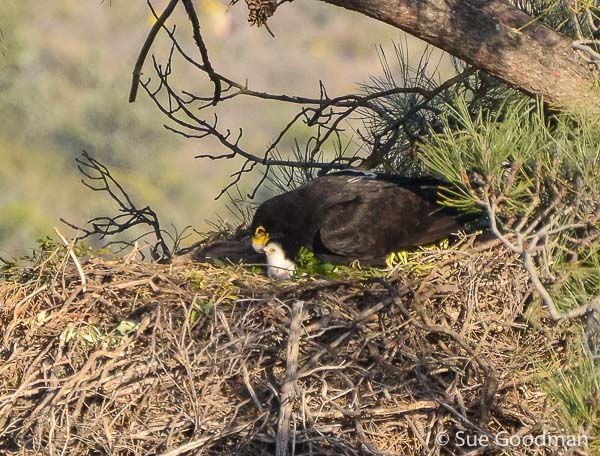 Sex and Life cycles
Verreaux’s Eagles breed with one partner for their entire life, and only replace a partner in the event of death. Often the pairs can be observed perching, preening and flying together in perfect unison.  Mating takes place all year round and egg-laying season is between April and July. Verreaux’s Eagles produce one to two eggs per clutch. Incubation lasts 38–41 days and is done by the female while the male provides food. In cases where two eggs are laid, the eggs usually hatch about four days apart. The older chick will normally attack and harass the younger chick until it dies. The surviving chick leaves the nest after 12 weeks and is forced out of the territory by the parents. 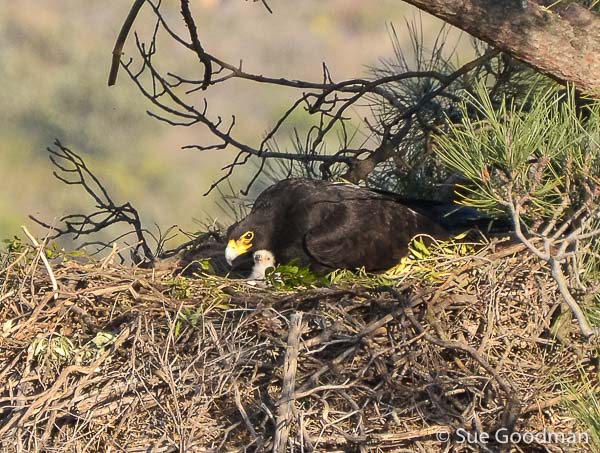 Survival
The species is locally persecuted in southern Africa where it coincides with livestock farms through poisoning and hunting. However because Verreaux’s Eagles only take live prey and not carrion, and they normally occur in rugged terrain that is not easily accessible, hunting and poisoning have had minimal impact on population numbers. In areas where hyraxes are hunted for food and skins, eagle populations have declined due to declining prey populations. Possible future threats include habitat overlap with wind farms that are likely to be placed windward of areas such as mountain ridges. 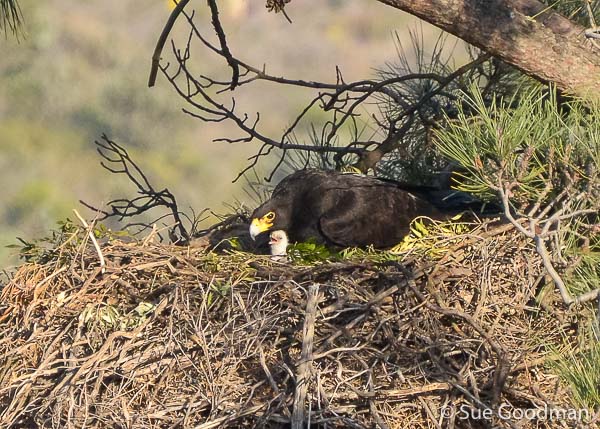 Promote Your Page Too

Blogs and websites we love